23 Nov 2018 | Back to News, Publications and Annual Reports
English

Monkeys love jumping around, playing, swinging and relaxing. They display this natural behaviour in any living environment. This means it is crucial to enrich their surroundings with playthings such as balls, slides and fire hoses. In some cases, those fire hoses can be extremely large.

‘Look how big those reels are’, exclaims animal keeper Marit as she shows us the photos taken on the day of delivery. ‘My muscles were sore for three days just from rolling the hoses off,’ she laughs.

The much-appreciated gift was donated by the Joint Fire Service, an alliance between some sixty companies in Rotterdam's port and industrial zone and the city's municipal authorities. The fire hoses were previously used to extinguish fires in large tanker ships before being written off. ‘They bought new fire hoses and gave us the old ones, which we really appreciate!’

The Joint Fire Service were offering no less than fourteen hoses, with a length of 220 metres each! ‘They would have let us have them all, but we thought it was a bit too much. We decided we wouldn't be needing more than two, and they were kind enough to deliver them. After all, you can't simply squeeze one in the trunk of your car.’

Marit and her colleagues will be putting the large, heavy hoses to good use. ‘The organisation regularly donates materials, but we've never had access to wide hoses like this. We fold the standard hoses into all sorts of things, like food mazes. We can hang these huge hoses from the outdoor shelter ceilings, creating hammocks and walkways. They can also use them to swing from or hide between, a great way to encourage interaction between the monkeys.’

BPRC receives regular donations from the Joint Fire Service. Other than that, the majority of items are contributed by staff in the form of tennis balls, chestnuts, pine cones and egg cartons. ‘We also get offered other materials from time to time. For example, we picked up a large load of pumpkins at “Elsje Fiederelsje″ after Halloween. The company grows pumpkins on an industrial scale, which it sells and uses to promote creative applications. Pumpkins make a great toy for the monkeys, and can stand a bit of rough and tumble. They really love the seeds. Pumpkins really lend an extra dimension to their normal foraging behaviour.’ 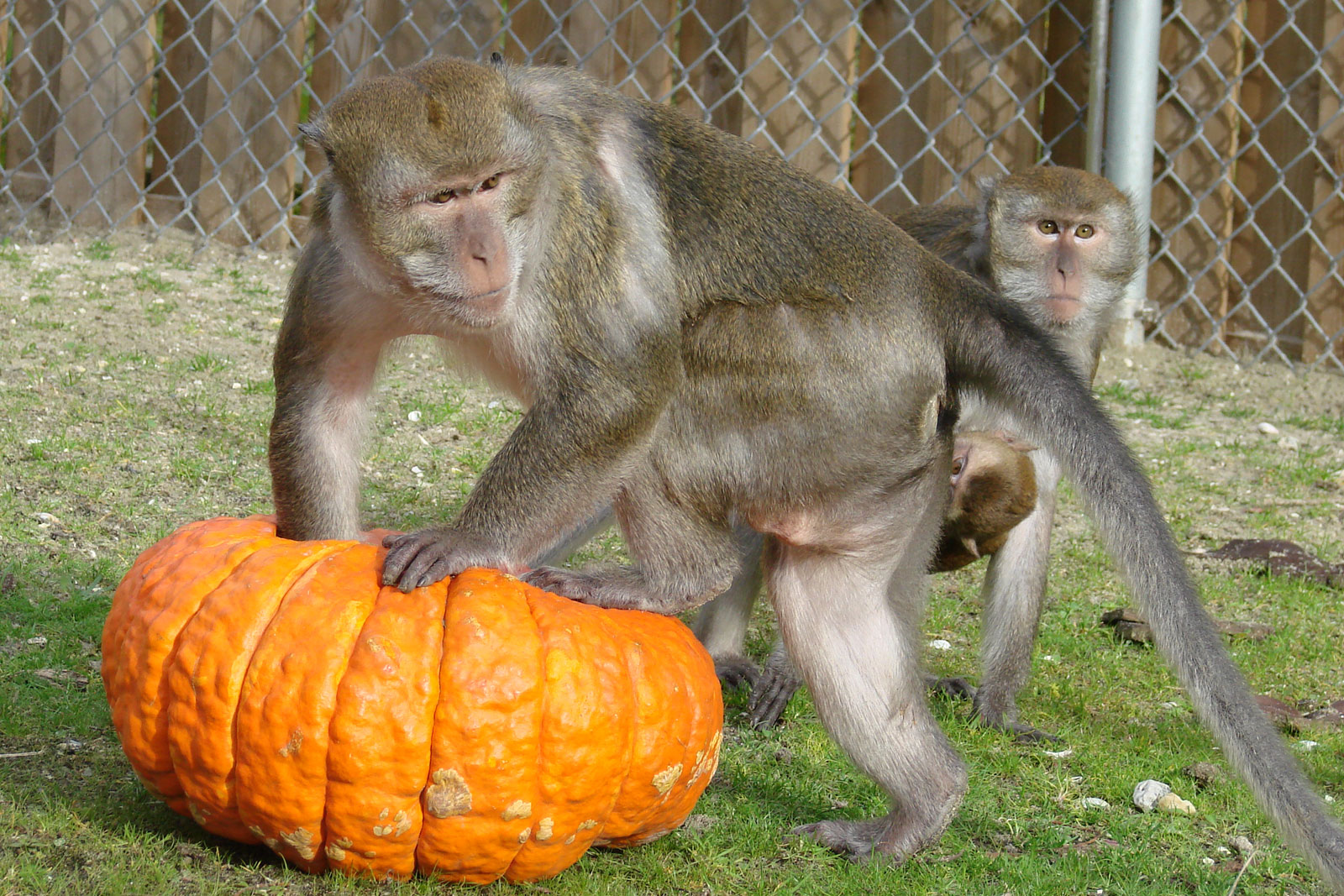 Finally, Marit and her colleagues call on sports associations, fire services, municipalities, businesses and animal protection associations to donate items for the monkeys. ‘It's something we can do to make their lives as pleasant as possible.’